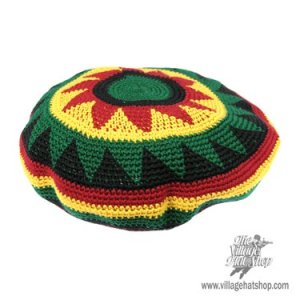 Twittering before, during, after the wedding:

Going to a wedding today. Separate seating for men and women. Sheitels and fancy hats will abound. Will try not to wear a sack. 9:40 AM Mar 22nd from web

My father-and sister-in-law are in town for the wedding and passed out on our couches. Because I am not social being, I am on Twitter. 12:50 PM Mar 22nd from web

Covering my hair for the wedding in Monsey with Rastafarian beret. Only thing that will fit on head without pain. about 24 hours ago from mobile web

At wedding, my hat got one long suffering look. Otherwise, doing fine. about 21 hours ago from mobile web

Of course, schmoozed with the help in Spanish at the wedding. about 19 hours ago from web

Got asked if I was making a statement with Rastafarian hat. They think it has something to do with the left-wing school my husband attends. about 19 hours ago from web

Why must the first five minutes of every Orthodox Jewish encounter be Jewish geography? Do u know this person who went 2 that school who….about 19 hours ago from web

In the Orthodox Jewish world, weddings are a big deal. They are a great cause for celebration. Relatives from all over the world, no matter how they’re related, will fly in just to get a taste of the celebration.

In Aliza’s world, weddings are just damn stressful. Weddings are full of awkward encounters with strangers and stranger family members whose names I can’t or don’t want to remember. Weddings mean driving too long to strange locales, which leads to pain. Weddings mean noise and too much sitting and waiting, which in the end also lead to pain (both physical and mental).

Part of my husband’s extended family has been blessed with two weddings in the same month! And if it were up to me, I would attend one wedding, if even that much, a year. For example, attending a friend’s wedding is very different from attending a wedding for extended family. At the friend’s wedding, you will be seated with people you normally choose to hang out with. At the relative’s wedding, you will be seated with people G-d in his infinite wisdom and awkward sense of humor has bound you to via marriage and blood. I prefer attending a friend’s wedding. Usually, the seating arrangements are safer and lead to no family bloodshed.

And by now, you’ve probably read my previous rants on weddings and how awkward they are for a convert, for a kid who grew up on welfare, etc. Honestly, it feels like every wedding serves as a reminder of how much of an outsider I still am and always will be.

The thing is that, in the past, I have had awkward conversations about all these things at weddings. I learned the hard way to never talk about them again. So last night, the lady next to me had to suffer from how I’ve learned to talk. She probably went home thinking she was sitting next to the most mysterious or shyest person in the world. Um, can you imagine me as mysterious or shy? But then, I responded to every question with a question or no response at all.

The lady next to me started the conversation with Jewish geography, of course, but that failed miserably. I didn’t know how I was related to the wedding party and so the conversation fell flat right away. She, of course, tried again because Jewish geography is supposed to a foolproof! She asked me where I lived and I said “Riverdale” and then I let my eyes glaze over as she named everyone she knew there. I assured her I didn’t know anyone. And then I played mute.

The conversation should have turned to work as it had with all the relatives who ran into me that evening. I had practiced deflecting their questions artfully because in my experience, the less family knows about your life, the better. But I noticed that people were much more interested in asking me about my job (blogging, freelancing, writing) than talking about theirs because many were unemployed or underemployed thanks to the economic downturn.

But the woman sitting next to me didn’t talk about work for different reasons. She explained she hadn’t worked full-time in ages because of her kids. I have found that at separate seating weddings (there’s a men’s side and a women’s side), women of a certain age are not talking about what they do for a living because their primary job in recent years has been taking care of kids.

I perked up, though, when the woman next to her mentioned Washington Heights. I said I missed the Heights terribly. Finally, I let a little information out. I said I was born and raised in the Heights. The woman next to me jumped on this information. Again, though it had failed before, she tried Jewish geography. “Did you grow up on the YU (Yeshiva University) side or the Breuer’s side?” she asked. I knew the next question if I answered correctly would be whether or not I knew Rabbi X or Rabbi Y? But instead, I said “I grew up in the middle.”

If my head hadn’t totally been covered, she might have guessed I was Dominican or a convert. But I was rocking a Rastafarian hat (at a wedding in Monsey no less) because it was the only thing that fit on my head without pain that day. I looked the part of Sephardic, very alternative, Jew. So the woman next to me made a wild leap at Jewish geography. She connected the information she had: “lives in Riverdale” and “husband is a rabbinical student” and “wearing a Rastafarian beret” to Rabbi Avi Weiss because signs, according to her, pointed to the fact that I attended his synagogue in Riverdale.

No one had mentioned my hat all evening. I had coached myself on the way to the wedding. If anyone said anything, I was going to let loose on the troubles of covering my hair. I was going to give them a piece of my mind. I was going to rip off my hat and smack them. I wasn’t prepared for what the woman said next. She connected all those dots and decided, “Well, I could tell with your hat, you were obviously trying to make a statement. And so you’re probably connected to Avi Weiss’s shul and his school.”

I did the only thing I could do: I laughed. I even tried to explain that this was the only hat that fit over my afro at the moment. I tried to explain I normally wore head scarves. I even thought to point out that plenty of the women connected to Avi Weiss’s shul, HIR (Hebrew Institute of Riverdale), and his rabbinical school, YCT (Yeshivat Chovevei Torah), own sheitels and probably only one would be crazy enough to wear a Rastafarian hat to a Monsey wedding: me. She wasn’t hearing any of it. She said obviously, I could have straightened my hair or cut it short to wear sheitels but I didn’t because I wanted to make a statement about a certain kind of Orthodoxy.

It never fails. My head, whether totally covered or slightly uncovered, always makes a statement. And rarely, the right one. And I realized afterwards that this is I really hate about weddings. It’s that people sit around and judge each other based on their head coverings, their shoes, their children and they decide that these things represent a certain movement within the Jewish world.

And I wasn’t any better. I had been sucked into it. I had already decided that Orthodox Jews, white people with money, were just damn rude and I didn’t want to be associated with them. This idea was only compounded by my husband’s story about one Orthodox man in his Yiddish accent who yelled “Bandman! Are you the bandman!” at one unsuspecting member of the staff instead of politely asking if he could help him make the announcement for mincha services. It was hard for me to remember hearing this that I have plenty of nice Orthodox Jewish friends who aren’t rude to non-Jews, who don’t base their judgments of people on their clothes but on what comes out of their mouths.

The only time I felt like I belonged all night was when I fell into easy Spanish with the woman serving me the most delicious ribs and rice at the buffet. My husband noted that the other woman’s face had lit up, too. Probably because I was not only one of the few people saying “Please” and “Thank you,” I was also speaking to her in her native tongue like we were on common ground, not like she was “the help.”

I don’t want to go to these weddings anymore. I don’t want to come home afterwards and rip off my clothes and find that I feel dirty because I feel like I’ve been slimed by all the things I hate about being an Orthodox Jew. I hate the materialism. I hate the insularity. And I REALLY hate the way we use each other’s clothes and bank accounts to put each other into tight suffocating little boxes that divide us.

23 thoughts on “What I hate about being an Orthodox Jew OR How My Rastafarian Beret Came to Represent Rabbi Avi Weiss, HIR and YCT”