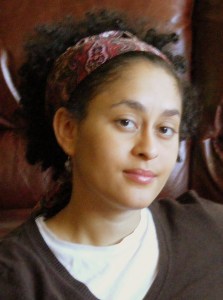 Settle in because this will be a long one….

I was raised Catholic on the “Dominican side” of Washington Heights where I felt like everything–from big hair to good grades to a love of Nirvana and being too “Americanized”–made me stick out. Leaving the neighborhood in my early teens for the less than boogie down Bronx, I later returned as an adult to join the “Jewish side” of the community to complete my conversion to Orthodox Judaism.

During the conversion process, I taught English Literature at a NYC public high school infamous for a school shooting and completed a Master’s degree in Adolescent Education (Grades 7-12) at Pace University. I called my students “my babies” even though some were twice my size vertically and horizontally.

Before pursuing my teaching career, I worked as a Copy Editor at America Online and as an assistant at a telecommunications company along with various other administrative and editorial assistant positions in publishing. In the past, I have interned, freelanced and worked part-time at publications like the now defunct CosmoGIRL! magazine, Seventeen magazine and New York Family magazine.

I have always been passionate about writing and reading calling myself a playwright as early as elementary school. Equally passionate about art, I have been drawing since age 3 when I used the insoles of my mother’s high-heeled shoes as a canvas.

I attended an art high school in NYC and flirted with the idea of pursuing a career in fashion illustration before deciding at the last minute to major in English and minor in communications at Fordham University. I figured majoring in English would be cheaper than having to scavenge for money to pay for art supplies.

I am a teen runaway. On the last day of high school,  a month before my 18th birthday, I ran away from home. I returned at 21 to help my 18-year-old sister B. escape the same home. Only two weeks later, I kidnapped yet another sister A. who was 14 at the time. I was a senior at Fordham University at the time.

Fighting my abusive mother for custody of my sister A. for over three years, I won and was named my sister’s legal guardian. Despite winning the court case, my youngest and third (half-)sister,  who was 7 at the time the court case started, remained in my mother’s custody and lives with her to this day. A short documentary about the story behind the custody case was filmed to help promote InMotion (now Her Justice), the organization that helped to obtain free legal counsel.

A diagnosis of debilitating and quite severe fibromyalgia at age 25 ended my teaching career prematurely but led to new opportunities. I married a nice Jewish boy, an Orthodox rabbinical student who whisked my away from my life of Manhattan cockroaches to the Bronx pseudo-suburb of Riverdale. I hated Riverdale. You can take the girl out of Manhattan but you cannot take Manhattan out of the girl.

With my husband’s support, I returned to writing and began a career as a freelance writer, blogger, speaker and more. I write about identity, conversion, race, culture, religion, community, family, relationships, books, films and pop culture. I have maintained this blog, Memoirs of a Jewminicana, since 2006. I currently update VERY sporadically due to health reasons–instead of daily–and urge readers to “subscribe” so they don’t miss new posts!

Though technically a rabbi’s wife, I joke that I am “Rebbetzin-in-training-wheels” while friends and family argue that the wheels came off in June 2010 when my husband received rabbinic ordination from Yeshivat Chovevei Torah. My husband works at American Jewish University, Academy of Jewish Religion as well as an office gig at Finance Connection.

Via video conferences, phone, email and in-person sessions, I have helped converts and newly religious Jews all over the world navigate their way towards a happy, fulfilling Jewish life.

I speak on request, sometimes with my husband, about my life story, conversion to Judaism, racism, blogging and other issues. I have spoken to Jews, non-Jews and mixed audiences at numerous places, including Brooklyn College, Brandeis University, Manhattan College, Rockland Community College, Greenwich High School, Temple Emeth, Limmud LA and Limmud NY and other venues. At Brandeis University, I was brought in to speak in a coordinated venture by the Brandeis Hillel and Mixed Heritage Club. At Brooklyn College, I was brought in to speak by the Judaic Studies, Women’s Studies and Puerto Rican and Latino Studies department. At the time, I didn’t even aware that I also had Puerto Rican heritage!

In 2010, my husband and I moved out of New York City permanently. We now live in Los Angeles with our son and daughter.

You can also read more about me in this interview by the Riverdale Press and in this interview by the New York Daily News. I has also received notable mentions in The Jewish Press, The Forward, The New York Times, The Manhattan Times, El Diaro La Prensa NY, and through other news organizations like The Associated Press and The Jewish Telegraph Agency along with many blogs.