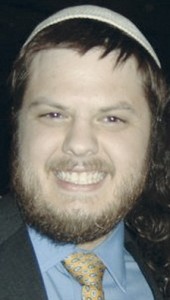 The Jerusalem Post posits that Portuondo-Wilson may be the first Orthodox rabbi in history to be denied aliya.

I finally figured out how to use Google Alerts and now I have it ferreting out any news on Jewish conversion. Meanwhile, here are two articles I meant to post sooner from the Jerusalem Post:

Orthodox, but not Jewish enough for aliyah

When Orthodox conversion isn’t good enough for Israel, what’s a convert to do?

My rough draft of an Op-Ed piece I’m still working on:

When prospective converts I know heard that Jose Portuondo-Wilson was denied his right as an Orthodox convert to make aliya to Israel, they started rethinking their conversions. These converts scrambled yet again to find organizations to vet their baatei din. Is their baatei din and the rabbis on board Orthodox and Jewish enough for Israel, they wanted to know.

Converts, prospective and past, are struggling with the question of whether they will be “kosher” enough after conversion. And if they troll online late at night to find lists of recognized rabbis, recognized baatei din, they’ll find that all signs seem to point to one thing. Convert haredi and your conversion will almost be assured to be “kosher” enough for the Israeli rabbinate.

So what does that mean for Modern Orthodox conversion? Will converts turn away because they believe that conversions done by Modern Orthodox rabbis might not hold up here in America or in Israel? Will they decide that Modern Orthodoxy, as it seems the Israeli Rabbinate has, isn’t Orthodox enough for Israel?

One convert from my online support group for converts repeatedly told other frantic converts that no conversion is 100% accepted everywhere. But when these converts decided to convert Orthodox, didn’t they in fact choose that route because they thought they were assured automatic acceptance everywhere in the Jewish world? And yet, now, even Orthodox conversion isn’t sacrosanct.

For the past two years, my mother-in-law and her brother haven’t spoken because her brother, living in Israel, doesn’t think my Orthodox conversion was performed by the right rabbi. My conversion rabbi, Rabbi Haskel Lookstein, isn’t on the approved lists he’s looking at in Israel. When this soundbite came up at a Sukkot meal, an appalled friend asked, “There are people who doubt your ORTHODOX conversion?” As I nodded, I thought of all the prospective converts who have been scared away by the latest news in Orthodox conversion and I understood them. Isn’t all this news just a slap in the face to all converts? A sign that they’ll never be truly accepted among the chosen people?

And then there are the converts who are meeting with rabbis right now. They’re telling themselves that they might not be ready for haredi standards. That they can fake their commitment to haredi values. That they’ll do and say anything as long as they can get that conversion that’s almost 100% approved everywhere.