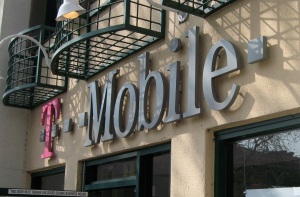 Earlier today I ordered a new phone I can’t afford, a Samsung Gravity, in case you’re curious, to replace my Crackberry (the Blackberry Curve) that has a gaping hole in it and keeps dropping calls like crazy.

Sending it to the insurance company would mean paying a $130 deductible and they would only send me the same kind of phone and I’m done with Crackberry. I mean, what does a girl who spends every waking moment about 5 steps from the computer need with a Crackberry? Okay, if I need to Twitter from the shower or the toilet…yeah, too much. Where was I?
So I ordered the phone online and it said it would ship UPS but I got ansty anyway and when I found myself downtown hours later (near 107th St. and Broadway) I decided to see if I could cancel the order and get the T-Mobile store to give me one right then and there.
The sign in the window says the store is closed as of an hour ago but a gorgeous Indian lady leaving the store tells me it’s open as I get to the door. I walk in and am quickly helped by an extremely nice Indian guy who has a bit of an accent and is wearing a baseball cap. He looks up my order on the computer and everything.
“Why didn’t you just get it in a store originally?” he asks.
“Oh, there’s no T-mobile store where I live in Riverdale,” I explain sheepishly.
“Riverdale? This guy lives in Riverdale” and he points over the counter to the Indian guy wearing an AT&T shirt in the chair in front of him.
I consider playing Riverdale geography but instead, I gawk at the guy and ponder asking him why he’s wearing an AT&T shirt in a T-Mobile store. No, I decide so I just shake my head.
And then the first guy starts flirting with me.
“So, I could open a store for you in Riverdale,” the first Indian guy says. “Just for you. For you I would open a store! Just for you!” And he’s very insistent so I think he means it.
I turn red as I whisper I’m married. I’m afraid he’ll say, “Lady, I wasn’t going there” but he says, “That’s okay, I need the business! It’s good business!”
“Well, the last cell phone place in the area closed so I wouldn’t do it,” I tell him. “Plus the other cell phone place is just busted and rundown and I don’t think they do too well either.”
He nods along as I speak but he doesn’t respond and he goes back to clicking on the computer. I look down at my sneakers and then I think What am I still doing in this store? and so I tell him that I’m happy he was so helpful and I’m “gonna go now.”
“No, thank you!” He reaches out his hand over the counter to shake mine.
I start to say “Sorry, I don’t shake hands…” and he makes THE FACE “with men….” I finish. Now, he looks curious.
“Why not?” he asks.
“I’m an Orthodox Jew.”
I wait for him to say, “Funny, you don’t look Jewish” but it never comes.
Instead, he yells “Mazel tov” with the most excitement I’ve ever seen outside of a yeshiva.
“Um, thanks,” I say after I finish laughing.
“L’Chaim!” he yells, really getting worked up now.
I grin. “You know, usually, people start with ‘Shalom!'”
And at this point, because everyone else in the store (about 4 or 5 Indian guys and 2 white guys) is listening in, the whole store bursts into a big chorus “SHALOM!”
“SHALOM!”
“SHALOM!”
“SHALOM!” And then, finally, we’re all Shalom-ed out.
“I could throw a bottle up against the wall for you if you like,” he offers as he throws an imaginary bottle in the direction of the nearest wall.
I laugh again and explain that this custom is usually done with wine glasses at weddings.
“Oh.” He looks dumbfounded for a second. And then, the lightbulb goes on. “Well, I’m sure someone here is getting married soon.” He looks around for a likely suspect.
“Ah yes, maybe, but are they Jewish?” I ask with a mock serious face. And at this point we both look around at the other customers.
A bald, middle-aged guy who looks like Larry David raises his hand. “I’m Jewish.” The whole store turns to stare at him for a moment.
“Well,” I say. “then I guess you can go ahead with throwing the bottle against the wall.”
Seriously, does this kind of stuff happen to other people?

7 thoughts on “This T-Mobile Store is Kosher”