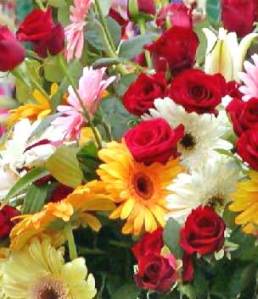 April’s JCC Talk on Jews of Color was as explosive as it was packed! Jews of all colors and walks of live attended. There were two speakers, a Latin American Conservative rabbinical student and Jewish convert (of Jewish ancestery) and a half-Chinese, half-White secular Jewish woman, Jen Chau, who heads Swirl, “a national multi-ethnic organization that challenges society’s notions of race through community building, education, and action.” (Update (6/29/08: Visit Jen’s blog about speaking at this event!)

The talk was moderated by Joel Sanchez, a social worker of Latin American who converted to Judaism after discovering his Jewish ancestery. The impetus for the talk was Sanchez’s thesis, “Wrestling with the Angel of Identity: Jews of Color” for which he studied Jews of Color, both born Jews and Jews by Choice, establishing common experience and coping mechanisms that Jews of Color use to navigate a Jewish world where Ashkenazim dominate culturally.

Issues addressed by the talk, Sanchez’s thesis, video clips and audience commentary included people making (ignorant) assumptions about culture; racism and prejudice towards Jews of Color; the pressure on Jews of Color to adopt Ashekanzi culture at the expense of their own; and much more that reflected how we as Jews love the stranger, especially when that “stranger” is another Jew. Sanchez read portions of the thesis where he focused on the experiences of Jews of Color in the Jewish community. There was a pervading feeling of exclusion and isolation on the part of the Jews of Color. There was also a sense that Jews of Color endure an awesome multicultural juggling act in a world that values and understands having a singular identity. Jews of Color, at least in America, are often assumed to be converts because other Jews and non-Jews alike have very narrow views of who is a Jew and what a Jew looks like.

My favorite points were terms that were new to me but that I’ve dealt with consistently in my own experiences with the Jewish community:

Microaggressions was a term that Sanchez used to classify the tension in interactions betwen Jews of Color and/or white Jews and non-Jews. For example, one common microaggression occurs when a Jew of Color is constantly asked if he or she converted, the assumption being that a Jew of Color can’t possibily be a Jew from Birth. A friend recently forwarded me a blog entitled “Multi-Jew” where a Jew by birth discusses the tense interactions she has with others when they see her Puerto Rican last name. Another common microaggression occuring in shul or community events between has white Jews asking Jews of Color “what are you doing here?”, the assumption being that the Jew of Color does not have as much right to be there, or does not belong, because of the questionable status of his or her identity. One Jew of Color offered “I’m fine, how are you Jewish” whenever people asked “How are you Jewish?”

As for the pressure to choose between race and culture, and different parts of their identity, I feel the plight of the Jew of Color (since I am one!) most when people question why it is important to me that my children speak Spanish. Who cares if their Latinos? They’re Jewish first! As if, my children can’t be both Latino and Jewish and somepart of their identity has to be sacrificed because the other part is more important. And let’s not forget that too often a Shabbos or yom tov cannot go by without some harrassment landing my way for not learning to make “more Jewish” foods.

I also liked the term racial spy. A Jew of Color becomes a racial spy when someone makes an incorrect assumption about the identity of the Jew of Color and makes racist or prejudicial comments about parts of the Jew’s identity. Does that make sense? I wrote a previous blog about being a racial spy when I discussed how a white Jew, assuming that I was not Hispanic, proceeded to make racist jokes about Latinos. I’ve also experience racism towards whites when people have assumed that I was white. And people have made anti-Semitic comments in my presence, never imagining that the Latina in front of them is also Jewish. Jen Chau talked about hearing derogatory comments about Jews and Asians when people in the room have assumed that she is not Jewish or Asian.

I would have added the term racial expert. I have frequently been asked to speak for all Hispanics. Friends, even acquaintances, are always asking me why Dominicans in Washington Heights do this or that assuming that as a fellow Dominican, I must have all the answers. A friend recently asked me why Hispanic men blast loud music out of their car speakers. I should have responded that I felt it was presumptuous to ask me the question and expect an answer. But instead, I responded with an answer further feeding the often misleading idea that I am some sort of racial expert, privy to all the inner-workings of all Latinos everywhere.

There was a lot of pain in the room. Too many painful stories were shared. Jen Chau talked about the negative experiences she had while studying for her Bar Mitzvah. Her experiences at her Hebrew school, where classmates taunted her with racial slurs because of her Chinese identity and questioned her Jewish identity, fractured her relationship with Judaism and the Jewish community. A trembling, thoughtful Asian convert offered that he often wanted to leave the Jewish community because of all the racism and prejudice he has experience. He told us that he stays only for his son, who he hopes will have a more positive connection to Judaism and the Jewish community.

The Torah commandment to love the stranger was explored throughout the talk and the idea that all Jews need to work on their relationships with “the stranger,” especially in how we deal with Jews of Color, was stressed often. I feel like we as Jews are often so terrible to each other, in some cases, worst to Jews than to non-Jews. I think that the ugliness in relationships between Jews stems from a cycle of prejudice (against other Jews a well as from and for non-Jews) that dehumanizes others by focusing on strangeness, thereby, poisoning all interactions with so-called strangers.

People need to focus on commonalities (we’re all Jews, we’re all people) and try to hopefully, understand and tolerate difference and value what differences bring to the table. We talk about how unique every Jew, every soul, is but them we socially and emotionally annihilate those who go against the grain. Diversity is wonderful. And, black can be beautiful without white being ugly. We should all be able to see both sides even when we don’t understand them. Otherwise, we rob ourselves and others of humanity and it becomes that old game of “us” versus “them”: Jew vs. non-Jew, secular Jew vs. religious Jew, etc. We’re really no better than the Nazis when we make the broad, racist, prejudicial comments that foster the “us versus them” mentality that leads to all manner of hate crimes, both subtle and violent.

4 thoughts on “Reflections on JCC Talk on Jews of Color”