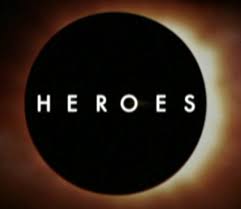 Hope you had a great Rosh Hashana and are gearing up for Yom Kippur this upcoming Shabbos. Ug, I hate when Yom Kippur falls on Shabbos but after all the food I had over Rosh Hashana, which this year fell so close to Shabbos it created a 3-day yom tov, I think I’ll be fine!

In the meantime, it’s time again to vote for your Jewish Community Heroes. The winner wins $25,000 for their organization! And this year, there are even more friends and people I am a fan of running so I wanted to collect their names here.

Remember you can vote TWICE a day, every 12 hours!

Shais “MaNishtana” Rison broke onto the scene with an amazing blog with the tagline “Black Jew is the new black!” and incredible, unforgettable (but educational) videos. Just, who is Manishtana? There’s even a video to answer that question. (Check out my cameo). Born and raised in the heart of Jewish Brooklyn, Rison grew up in an Jewish African-American family that has been Orthodox for almost two centuries.

Using his wit, epic writing and comedy skills he’s built a solid following all the while raising awareness of the plight of Jews of color, including both Jews by birth like himself and converts, in the Jewish community. He’s also an educator, a screenwriter and much, much more. He created the only dating (and networking) website for Jews of color after experiencing his own problems trying to sign up to date on Orthodox Jewish dating websites.

A Syrian-Jewish spoken word poet who uses her performances to educate Jews and non-Jews around the world, Vanessa “The Hebrew Mamita” Hidary grew up on the Upper West Side (before it was THE Upper West Side) and in and around Manhattan going to public school and then Hunter College and immersing herself in the cultures of people from all over the world.

Like MaNishtana, she has used both speaking engagements and social networking websites like You Tube to make her voice heard, particularly to Jewish teens who would otherwise feel embarrassed or ashamed about their Jewish identity. She has recently published a book called, The Last Kaiser Roll in the Bodega”.

Her signature piece, “Hebrew Mamita,” can be found on You Tube and was originally featured on Def Jam Poetry on HBO. My husband says that no matter how powerful this piece is on You Tube, it is even more incredible in person. Make sure to check out her website so you can find out where you can see Hidary near you.

Jen Chau is a mixed race Jew (Chinese & Eastern European descent) who created SWIRL, a national multi-ethnic organization that challenges society’s notions of race through community building, education, and action. hrough reading circles, panels, podcasts, conversations, meet-ups, and endless other activates, Jen works to create dialogue and educate the community on mixed race identity. She holds her role as an educator with humility and integrity. Strongly identifying with her Jewish roots, she brings new perspectives to the ever-changing face of Judaism, in order to make sure that it stays current to the needs of Jews across the world. Jen is a true mentor.

Jen’s stories about her struggles in the Jewish community and the racism she faced in Hebrew school broke my heart. But what strikes me is that she grew up and she decided to something about it, ensuring that children like her would someday grow up in a place that was more accepting for other mixed race people, including mixed race Jews.

Rabbi Juan Mejia is a Columbia native who realized in his youth that he had Jewish roots and was in fact a converso (or anusim). His path towards rejoining the Jewish people led him to places as far-flung from Columbia as Jerusalem, Israel and the United States. But his path was not easy and this stayed with him. He soon realized that so many other non-Jews like him who learned about their Jewish roots and wanted to reclaim there Judaism were being turned away and mistreated across Latin America and the world but there was no one to help them. To help people like him, Rabbi Mejia not only converted but he studied to become a rabbi. While studying to become a rabbi, he met his wife who is currently a pulpit rabbi in Oklahoma.

He created a website,  KOL TUV SEFARAD, which he uses to educate conversos in seven countries. He is also the Southwest Regional Director for Be’chol Lashon, which works tirelessly on behalf of multiracial Jews everywhere. Someday, he hopes to create a yeshiva and return center for conversos.

One of my first pieces, “Funny, You Don’t Look Jewish,” was published by this wonderful woman and editor, Sara Esther Crispe, who created TheJewishWoman.org, the women’s site for Chabad.org. The website has given a voice to so many Jewish women from all walks of life and is read by thousands all over the world. She is also an international speaker and educator and Bar Mitzvah mentor.

The great thing about her website is that it brings to light issues that might otherwise be ignored or pushed under the rug in the Jewish community, including disability, abuse, racism and other tough issues Jewish women have face and have written about for the site.

Also check out: Leah Korostyshevskaya who works tirelessly to bring Torah to the Russian Jewish community, Patrick Aleph of Punk Torah, who connects disenfranchised Jews and non-Jews to Judaism through “God. Life. Culture.” and Erika Davis, who like myself hasn’t shied away from sharing the real side of the conversion process and waking in many worlds with her blog, Black, Gay and Jewish.