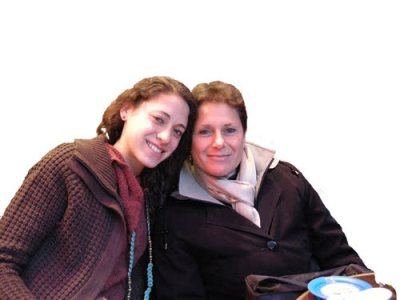 I woke up this morning to find that Mexican Jewish food had been featured in The New Yorker blog! Was I still asleep? Was I dreaming? When American Jews think Judaism or even Jewish food, they think Ashkenazi or Eastern European food. They don’t think Hispanic Jewish food.

People don’t think of Jews as a dual-heritage or multi-heritage people though American Jews and Ashkenazi (Eastern European) Jews are definitely as dual-heritage as this Jewminicana! Even Ashkenazi Jews studying the holiest Jewish books where Spanish food and culture IS mentioned for all to see, forget that Spanish Jews are also dual-heritage Jews with their own food and their own Jewish traditions.

Perhaps, they think that Spanish Jews were all wiped out in the Spanish Inquisition. And many of them were. But many of those traditions live on in Sephardi and Ashkenazi Hispanic Jewish culture and the Hispanic converts and anusim that bring back their own cultural flavors to Judaism. Cultural flavors that were already there in the first place, I feel the need to note AGAIN.

So when I eat my gefilte fish with plantains, am I really reinventing the wheel? Nope. And now that Mexican Jewish cuisine becomes more popular (see the Carlos & Gabby’s restaurants all over New York in Riverdale, Flushing, Brooklyn and Cedarhurst and the yummy new Mexikosher restaurant in Los Angeles), perhaps people will learn a little more about some other cool (and hot) delicious Jewish foods!

Check out that New Yorker article here: “The Book Bench: HOW TO SAY CHALLAPEÑO”

Need some recipes to keep you warm until the book comes out? Follow the Challa-peño blog and don’t forget to subscribe so you don’t miss any tasty recipes. Plus follow the @mexicanjewish Twitter feed.

The authors of the book, the blog, the Twitter feed are Susan and Alex Schmidt, Ashkenazi Mexican Jews (yeah, and you thought a Dominican Ashkenazi-Sephardi Jewish family was special!:) with their own stories to tell! Susie was born in Mexico City to a Hungarian Jewish mother and a NYC-bred Russian-American Jewish father. Yes, Hispanic Jews are born, not just made! And for more about the Schmidts, you’ll have to check out mexicanandjewish.com.

Enjoy! Or should I say, “Bon Apetit!”Nah, I’ll stick with  ¡Buen provecho!

And in pareve form from “Couldn’t be Parve”: “Parve flan”