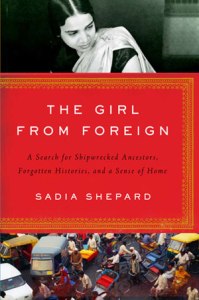 The war against singular identities is still being waged over at the Forward where Sadia Shepard’s op-ed, “Targeting Tolerance in Mumbai” has sparked heated debate about whether or not there’s such a thing as a hyphenated identity. Take the time to weigh in with your two cents.

Here are some of my arguments for hyphenated identities:

“As to the debate that [the article] has sparked, let me weigh in.

I am a Dominican American Orthodox Jew. I speak English, Spanish and very limited Hebrew. My parents came to America as teenagers but between trips to the Dominican Republic, food, customs, etc, I find myself identifying strongly as Dominican.

Living as an Orthodox Jew is another side of my identity. Growing up as a first-generation American is another side of my identity. I have a hyphenated identity and I find that people with singular identities have a hard time coping or understanding how my life functions in English and Spanish and Hebrew and some smattering of Yiddish. But I would think an American Jew or a Jewish American wouldn’t need to have these kinds of things explained to him. “

“Four generations of my family have been in America and I still speak Spanish, the language of my ancestors. I speak English, the language of my birth. I have adopted Jewish culture but that doesn’t mean I eschew being Dominican or American in any way. And I take issue with people who would deny that let’s say a Hispanic person who doesn’t speak Spanish isn’t really Hispanic anymore.

An identity, a culture, is about much more than a language. I really think that Yehuda [the most staunch opponent of hyphenated realities] needs to go buy Sadia’s book. It’s official. Let him read about the Bene Israel community to see how they have managed to stay Jewish and become Indian in their 2,000 years in India. It is not impossible to have a hyphenated identity, a true multicultural identity.

What you point to as the loss of language or the loss of parts of the culture CAN BE a tragedy of a hyphenated identity but it is not always the case. Why is it so hard for a person with a singular identity to wrap their minds around someone whose identity is so much bigger, so much richer for being hyphenated? Is it because you haven’t experienced it that you cannot see all the people around you, all the people who have commented on this article who say “Look at me, I’m a person with a hyphenated identity, I exist.”

No one said it’s an easy road but it’s a fact of life that many of live every single day. It means that I make a choice between plaintains or gefilte fish every Shabbos. It means that I think in English and in Spanish. And someday, G-d willing in Hebrew.

Many people came to this country and chose to become some European version of what American meant but more and more people are choosing to juggle being American and being from somewhere else. Obama may not have been exposed to his father’s culture growing up but his heritage was written on his face. He could not deny his hyphenated identity as a biracial man, the child of an African father and a white mother. “

And one last soundbite to get you interested in joining the debate!

“Is that a failure of Judaism or America or hyphenated identities?

There are plenty of ultra-Orthodox Jews who are fighting the good fight, they’re definitely American and have been so for many generations but they keep the Jewish traditions just as vibrant as in the old shtetel. They speak English and Yiddish and Hebrew. These people are not an abberation.

Neither are the English and Hebrew speaking Modern Orthodox. Neither are the English, Hebrew, French, and Russian speaking Mexican-Russian Canadian Jews I know in Montreal. There is a way to have to have a true hyphenated identity but as you said it takes work, it takes knowledge. Many American Jews suffer from a lack of knowledge about the Jewish faith and Jewish culture.”