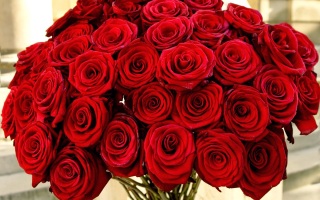 In Romeo and Juliet, my favorite poet and one of my favorite playwrights has dear Juliet say:
What’s in a name? that which we call a rose
By any other name would smell as sweet
Babe, that’s because your parents weren’t Dominican and they named you Juliet. Okay, William Shakespeare named you Juliet but I digress.
My parents made up my first name using the initials of their own first and middle names. It’s the Dominican way. Why pick a name out of a baby book when you can come up with an “original”? Especially an original that takes the names of both parents and juxtaposes them in an unusual way.
Growing up, I hated that I could never find my name on a keychain at theme parks. I paged through catalogs dreaming of paying to get my name put on things like towels or jewelry. And it wasn’t until I was an adult that I realized inadvertently my parents HAD given me a name that meant something other than it intended. The conjunction of their names means “give laughter” in Spanish. (Google Translate has it mostly right.)

As an adult, I was able to find other people who had the name because it is also Irish for oak tree and Hebrew for compassion. Joke’s on me, I already had a Hebrew name when I was born! In Persian, it also means queenly. When I told this to my Dad, he said “See, I didn’t completely screw up!”

I picked Aliza because the rabbi said I couldn’t name myself Issac which means “laughter.” I figured I should go with the unintended meaning of my parents’ made-up name for me as I was always the comedian growing up and I still am. I used to be “Smartest Sister” until my younger sister, who is a genius, dethroned me and I got stuck with “Funniest Sister.”

Aliza means joy. I also picked it, I told the rabbis on my beis din (Jewish court) because I wanted it to signify my joy in and for Judaism. But it was a close call between Aliza and Dalia among my friends when I took a vote and the tie-breaker was a friend who said “I knew a girl named Dalia and I didn’t like her.”

My Hebrew middle name didn’t come so easy. I remember being racked with anxiety because I couldn’t come up with one. I later remember wondering if I hadn’t if the rabbis would have chosen one for me. I know converts whose rabbis have given them their Hebrew names for better or worse. I was reading about the binding and near-sacrifice of Isaac when I came upon the fact that it happened on Mt. Moriah and I thought Moriah is perfect. (Well, ALMOST perfect: I force everyone to pronounce my first name in Hebrew but my Moriah more like Mariah Carey. But no, everyone calls me Eliza like Doolittle and Moria like the mines of Moria in Lord of the Rings. Go figure.)

I know what you’re thinking? Aren’t you a child abuse survivor? Why would you pick a place in the bible where Abraham almost sacrificed his son to G-d simply because G-d asked him to do it? It certainly sounds even crazier when you consider that my mother has claimed she hears “voices.” But for some reason, it clicked for me.

When the rabbis at the beis din asked why I chose my middle name Moriah,  I said that I wanted to someday have as much faith as Abraham did on Mt. Moriah right before he almost sacrificed his son and he was stopped. My rabbi teared up when I said this and I didn’t think he’d remember little old me but he wrote this in a letter that I keep with all my important documents:

I address you by your new name which you are officially changing to (wow, I guess I told him I was going to the courthouse after the mikvah, too!)…rather than your birth name of…because you are now fully Jewish, having been converted to Judaism in the West 78th Street Mikvah in the presence of a Beit Din composed of….


We fell privileged to have been able to preside at this great moment of transition in your life. You have been studying a number of years. Your desire to be Jewish goes back even further. You are shomeret mitzvot, and when I asked why you chose the name Aliza Moriah your response was: “My given name means happiness and that’s what Aliza means; and as for Moriah, I hope to have the same degree of commitment and belief as Abraham did at Mt. Moriah.” I confess that I have never quite heard such a response in my life.

You are Jewish in all respect. The only restriction on you is that you may not marry a Kohain.

May God bless you with much happiness and joy in your new life as a Jew!”

I have spent most of my life spelling out the made-up name my parents gave me so I was delighted to literally get out of the mikvah and head to the secular courthouse the same day and change my name legally. They literally strikethrough your old name on your birth certificate and write in the new one on top. By the way, I recently found out that on top of already having had TWO Hebrew names at birth, all four of my grandparents have Jewish ancestry and my father’s last name translates roughly into Jacobson. You can’t make this stuff up!

As an orphan “by choice,” I was all too happy to have Abraham and Sarah adopt me. I even changed my maiden name to boot. My Dad was all for me converting but not happy when he noted the change to my surname on my birth certificate. I reminded him that having been born in America, unlike him I never had had two last names as most people from Spanish-speaking countries do (father’s first, then mother’s surname) or end up passing his own to my children (father’s first, then mother’s father’s surname).

Okay, where was I?

I had hoped that this Shavuos, I would have some really happy news to tell you all. I worked so hard on my health last year that my doctors told me late last year that it was okay to start trying to get pregnant and have my first child right before my anniversary. When you have as many medical bills and conditions as I do (really it’s just Ehlers Danlos and extensions of that), you need a team of doctors to approve something that is otherwise considered healthy for most women but could put you in jeopardy. Even a healthy, young friend of mine nearly died giving birth.

Very shortly after, I found out I was pregnant in late February. And I was already showing by May. A friend joked that I looked “bigger” than her at 2 months than her at 7 months. But on May 1st, my first pregnancy had ended in miscarriage. If there is such a thing, it was the best kind of miscarriage to have in my case: I had a blighted ovum.

Look it up, if you don’t know what it is before you bombard me with how-to-get-pregnant-emails. In fact, DO NOT bombard me with any emails on how to get pregnant or infertility as thank G-d, I am not the latter but I wrote “My Uterus is None of Your Business” for the so many friends I have who have suffered from infertility.

I got a very sour taste of what I wrote abut in my article years ago when I made a joke about babies soon after my miscarriage on my Facebook page (I was referring to my two nieces who turned 1 this year and my baby brother who will do so later this year as well). Someone asked if I was pregnant on my Facebook wall. I said no, I just had a miscarriage and that led to him assuring me publicly that even though I was infertile, I could always adopt and that plenty of his friends had done IVF and maybe worse of all that if I hadn’t told people early then I wouldn’t be suffering publicly. (While Jews wait to tell and even celebrate until after the baby is born, it isn’t a Dominican custom to do so and most of the family knew my sisters were pregnant well before three months.)

Note to fans: Don’t ask someone their race or the status of their uterus…like, ever. In fact, in the midst of my miscarriage, I flew on a plane with a woman who everyone thought was 8 months pregnant but was in the country for much needed surgery on a hernia.

For those of you too lazy to click on the link, a blighted ovum occurs when a fertlized egg attaches itself to the uterine wall–really people it’s uterine wall, not womb wall so just deal with the medical term–but then the embryo does not develop.

We named our little embryo that couldn’t “Speck” because he was almost non-existent on his/her first ultrasound before Passover which should have been a sign. So why in the world did I say this was the “best kind of miscarriage to have in my case”?

Because it didn’t happen because of my health problems (uterine prolapse is common in women with Ehlers Danlos who are not pregnant!). And because unlike so many of my friends who have poured their hearts out to me over the years and have poured out their hearts to me since then, the doctors know why it happens and they assure you: “It is not your fault.” So many of my friends have suffered through miscarriage after miscarriage without knowing the reasons why. “Speck” was really just a little embryo that couldn’t and likely had chromosomal problems through no fault of my own that caused a spontaneous miscarriage.

If I sound really good about it, it’s because it’s over a month since Speck “passed” and I have gone through all the stages of grief. Don’t make me go through more with silly emails but do feel free to share your own stories of loss. I named two stars in the sky for him/her on a whim when a Groupon for the International Star Registry hit my email inbox. There are now two little stars called Little Specktacular 14 and Specktacular Major. I can pull out a telescope and always see “Speck” up there.

This Shavuos as we celebrate the Day G-d gave the Torah to the nation of Israel, when I’m davening my heart out I’ll also be praying for–my grandmother would kill me if I didn’t insert this here first–Bli Ayin Hara triplets!

My friends think I’m crazy but I have peer pressured them anyway into praying for me: Aliza Moriah bat Sarah with the hope that by Rosh Hashanah, Baby(ies) Hausman will be on his, her or their
way. Let me know if you’d like me to pray for you for any specific reason. My email’s on the blog.

Have a wonderful, happy and healthy Shavuos!

Enjoy your cheesecake! As I am lactose intolerant and “mostly” vegan for health reasons, I will be enjoying my family custom of #meatforShavuos.

Check out this recipe for pareve cheesecake my fellow intolerants and those allergic to dairy: 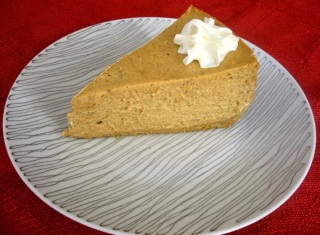 And these other alternatives to dairy on Shavuos:
Want Authentic Shavuot Meals? Try Fruit, Not Dairy