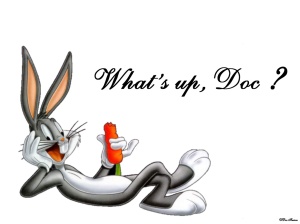 I just got back from getting the medical excuse form for jury duty. The problem is now getting my doctor to fill it out properly. This falls on my general physician. The only doctor I barely trust.

When I moved to Riverdale, I stopped visiting my dazzlingly gorgeous rheumatologist in Gramercy Park. After many, many doctors, he was the only one who seemed caring and trustworthy. It wasn’t just that he was hot, I swear. But the commute alone was enough to drum up pain and exhaust me for a few days. So I tried to go to a rheumatologist in Riverdale.

The rheumatologist in Riverdale would only give me early AM appointments which I ended up cancelling often. The one time we met, I found her cold and unhelpful. We squared off over my depression. She said I needed to get cracking on fixing that, I said my depression might get better if I could actually get some pain relief. She told me she wouldn’t fill the one medication that had ever done anything for my pain because she didn’t like using it. Plus, she wanted to make me a lab rat again by running some other medications through my system as soon as I got her my files from my old rheumatologist. The old rheumatologist said my file was so thick, confusing and cumbersome that it was really a pain to send the files so they never did.

So now I have no rheumatologist treating me for fibromyalgia. And ever since developing fibromyalgia, I have developed a deep loathing for doctors. You think this would have happened growing up in Washington Heights when I had to wait as much as five or more hours in waiting rooms to see the doctors that accepted Medicaid. But no, I loved going to the foot doctor as a child even though I hated the special shoes he made me wear. I loved going to the allergist because it was the only time I saw the skyscrapers of downtown Manhattan. I loved going to the dentist because he always gave me new toothbrushes and the pharmacist at the same office gave me lollipops. But fibromyalgia can make you hate doctors.

Looking back, I think that the earliest signs of fibromyalgia cropped up around my 18th birthday. I went to cold Russian neurologist who ran some tests on my “phantom” pains and after MRIs, ruling out MS and Lupus decided that I was just depressed. I didn’t understand how depression would affect my neck, shoulders and back. I suggested that maybe I was using the computer too much. The doctor shook her head. I never went back to her. Luckily the pain went away on its own. But by my 22nd birthday, carpal tunnel syndrome and repetitive stress injury were disabling me. Again, doctors were nice enough to run tests but couldn’t figure out how I was in so much pain when the tests weren’t so conclusive. I quit my job, switched careers and the pain was better for a while. But by my 25th birthday I had a toothache that turned into a full body ache.

For weeks at age 25, a Hispanic neurologist ran tests on me until he sat me down in his office finally to talk. I remember thinking it was so neat that I had a Hispanic doctor on Park Avenue. Nice to have such good insurance, especially since he never made me wait more than half an hour! But when he locked the door behind him, this neurologist, too, diagnosed me again with depression. The tests weren’t showing anything so it was obviously all in my head. He was cruel. He abused me verbally and sent me to a psychiatrist who diagnosed me with a number of disorders, none of them related to pain.

Eventually, I found a nice Russian neurologist in Washington Heights. Despite my insurance, it was back to the waiting room for hours on end. In the waiting room, patients twice my age complained about chronic aches and pains and disability payments. It was a black hole for negativity and I was afraid it would swallow me whole. Everyone kept telling me I was too young to be there and I didn’t disagree. But I was in the right place because the neurologist and a physiatrist together decided that I had fibromyalgia and they agreed with me that my depression was only a side effect of this disorder that was turning my life upside down, causing me to eat through all my sick days which in turn led to dwindling paychecks.

When the neurologist told me to try hypnosis and the physiatrist sent me to a psychiatrist that said she couldn’t help me at all, it was time to move on. I don’t know how I found my fancy doctor in Gramercy Park but he was the only doctor who gave me hope. It was he who got me hooked on exercise while he tried every medication he could think of, medications that made me hazy, made me sprain my ankle and gave me asthma attacks as side effect. Some medications made me suicidal or vegetable-like. But I trusted him. So I trusted him when he finally said there wasn’t anything he could do for me other than tell me to exercise and learn to live with the pain.

Now I’m a full-time disabled person without the benefits. I know if I showed up at the social security office and tried to get benefits, they would look me up and down and turn me away. I try not to disable myself too much by writing and giving classes and speeches intermittingly. I exercise and pop muscle relaxers and opiates when the pain is too much to bear. The rest of the time, I just sit with it. I let it roll over me in waves until enough of it passes that I can function again. I curl in bed with it and I chronically cancel appointments with friends because of it. I don’t know that I have learned to live with it.

I know that having fibromyalgia has given me a whole different perspective on modern medicine. I used to think that when something hurt, when someone was wrong, that a doctor could always fix it with a prescription pad in hand. There wasn’t anything the doctor couldn’t write away, right? I was naïve. Now I am part of a medical gray area, a person suffering from a condition that most doctors don’t even understand or believe in. And in the end, the only person who suffers because of the things modern medicine doesn’t understand or believe in is me.