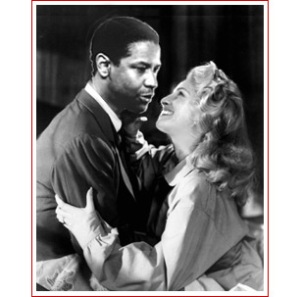 With “Love in Black and White,” Matthew Hunter has written a passionate love letter to interracial relationships in The Michigan Daily. He cites a Time Magazine statistic that says interracial marriages have spiked by almost 1000% since the ban of anti-miscegenation laws. I believe him. Though recent statistics show the rate of Asians and Latinos marrying out of the race is actually down. I am apparently bucking the trend.

But how does the following statement apply to Jews? “Limitation to one race is not only sometimes impractical, but also often restrictive of one’s own ability to share and learn from deep relationships with others.” Well, Jews are not a race (despite what recent ugly comments on my “Funny You Don’t Look Jewish” piece at Chabad.org may suggest). Thanks to adoption, intermarriage, conversion and well, just living in the diaspora, the Jewish people are a multiracial people.

Racism within the Jewish people doesn’t just apply to outsiders but even to members of the tribe. Hopefully, as Hunter suggests mixing of the races within the Jewish people will also be “inevitable” because as he also mentions “there is much to be gained from dating outside one’s race.” And no, it’s not just because interracial people produce “hot” babies, something people keep telling me every time I mention having kids.

8 thoughts on “Loving in Black, White and Jewish”