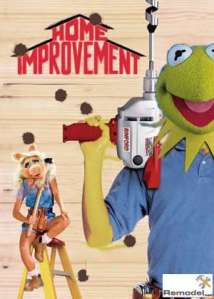 Some bad book I was reading was making fun of suburbanites and how much time they spend talking about remodeling their homes. I found this curious because I had yet to walk into such a conversation out here in Los Angeles. And then it happened.

During one Sukkot meal, I happened upon talk of “redoing” kitchens and other stuff. Just as I was thinking about changing classes (in my case from welfare to someday middle class, currently hanging with some upper class folk), one dark-haired woman asked the fair-haired speaker, “Oh, you’re husband’s been doing all the work on your home?”

The blonde replied, “Well, yeah. Mostly. But you know, for some of the work we hired a Mexican.” Honestly, the words were verbalized in italics. Did I imagine the way she wrinkled her nose? And I stood there silently despite my article about how racist people need to be educated. Did she mean to be racist? Did she realize what she said was racist to me? The dark-haired woman hazarded a shocked glance my way after the comment. Did she know I was thinking, “for some of the work we hired a Dominican!”

And then at the same meal, I let another one slide. A man said he was “marrying a shiksa” right in front of his wife, who is in the process of converting to Judaism. My mother-in-law gave snuck a startled glance in my direction. But neither of us had the courage to speak up. Neither of us mentioned that he was calling his fiancé an abomination.

Why is it so difficult to speak up against the small injustices in our lives?

3 thoughts on “Silence, A Response”