This is part of a larger, as yet unwritten, piece on depression. 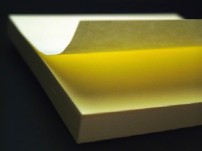 I told my psychiatrist, a zany baal teshuva, that I was in his office because I thought about killing myself. And my friends and family were pretty pissed with me. No, I didn’t have a plan. I didn’t have one for death OR for life, for that matter. That was part of the problem.

“You can’t kill yourself,” he said, peering up at me over his glasses, with shocking self-assurance.
“Why not?!”

“Well, for one, it’s not Jewish,” he said shaking his head and scribbling on his pad.

That was low. He had gone and pulled the Jewish card on me. And yet, all of a sudden, the fog cleared.

In Catholicism, suicides get a one-way ticket to hell. Even though, Judaism’s not sold as the kind of destination religion that offers exclusive packages to heaven or hell dependent on belief, I could see that he was right. It wasn’t Jewish to kill yourself.

If I killed myself, I would be a murderer, my soul damned to limbo. I would be usurping G-d’s awesome power. And in doing so, I would cease to be Jewish as I knew it, having nullified my ability to see G-d’s work, to struggle to be able to find meaning in the good and believe that the bad was beyond my human comprehension. Blessed are you, Hashem, King of the Universe, the true Judge.

We made an appointment for the following week. And I started to take my happy pills. There was no way that after working so hard to convert, that I was going to go “crazy” and start breaking one of the Ten Commandments. I walked away and for the first time in a long while, I thanked G-d. For all the “angels” in my life, I cried. For my husband, my sisters, my friends, my eccentric Jewish psychiatrist…little human post-it notes from G-d to remind me the Big Ear is always listening.